Brewing Sous Vide Beer For Oktoberfest and Beyond

For many beer lovers Oktoberfest is more than a specific holiday, it is a celebration of fall and winter where great home brews can be part of gatherings all season long. If you’re into sous vide cooking and home brews you won’t be surprised to know that there are great sous vide recipes for beer.

All of the recipes that do exist start with all of the conventional equipment for brewing beer such as fermenter jugs, strainer, bottle fillers, bottle filler and sanitizer solution (all available individually or in kits from any home brewing supply store). The sous vide cooking pouches, sous vide water bath and/or sous vide cooker stand in for the pots of water.

If you’ve brewed beer in the conventional way you already know that everything must be meticulously cleaned and sterilized as unwanted bacteria can destroy what could otherwise be a great beer. The first step in the process is to cook the wort, which is the unfermented beer mixture that contains the sugars that will be fermented by the brewing yeast to produce the beer.

While most recipes can be modified for the sous vide method, they all include malt syrup rather than whole grains as a way to minimize the type of equipment that you would need. In addition, you will utilize hop leaves or pellets, extracted hop resin, dried yeast and fizz tablets.

There are also gluten-free recipes that utilize sorghum extract, honey, dried rice extract, maltodextrin (an artificial sugar), and hops as well as the dried ale yeast. There are literally dozens of different hops available in leaf or pellet form as well as yeast extracts and malts that all give their own special character to the beer.

The general recipe calls for mixing all of the ingredients together minus the Fizz Drop tablets. The addition of more or less Hopshot will make the beer more or less bitter or provide a more or less hoppier taste.

Most methods where your goal is about a dozen bottles call for dividing the mixture evenly between two large (one gallon) sous vide bags and adding enough filtered water to each so that you have a full half gallon of mixture and water in each pouch (1.9 liters). Use the displacement method (Archimedes’ Principle) to evacuate the air and seal the pouches.

Submerge the pouches in the sous vide cooker or sous vide water bath that has been heated to 165F/73.5C for one hour. Temperatures vary depending on the recipe and the opinion of the brewer, so the temperature is highly specific to a particular beer.

While the wort is cooking, you can complete the all-important sterilization process for the fermenter jug, cap, airlock, funnel and wire mesh strainer per the Sanitizer instructions. You’ll place the funnel in the neck of the jug, with the strainer propped up in it.

After the hour of cooking time, remove the pouches and submerge them in a sink filled with cold water to cool the wort. Keep the pouches submerged in the sink until the wort gets to approximately 60–70F/15.5-20C until the pouches are cool to the touch. Pour both pouches of the cooled wort through the strainer and funnel setup into the fermenting jug to the one gallon mark.

At this stage, you will be putting the yeast into the wort, sealing the fermenter and adding the sanitizer solution to the airlock. Once the airlock is fitted into the hole in the fermenter screw cap, you then move the fermenter to a dark cool spot and wait for two weeks leaving it undisturbed. At that point, your beer is ready to bottle.

Unlike the literally thousands of dishes that can be prepared sous vide, it doesn’t necessarily take any prior experience in conventional cooking to create simple to gourmet meals that taste like they came from the best restaurants. With home brewing, you still don’t need any great skill or experience, but things like taste are far more subjective with much more possible diversity. It all depends on the type of beer and your personal tastes that will guide the specific recipe and the specific type and amount of ingredients.

There are a number of great home brew websites that can provide the basics and some of the detailed insights that can start you in the taste direction that best appeals to you. There are also a number of homebrew forums where you can learn about what others have done and the results.

If you found this post to be interesting, try learning more about the sous vide process. 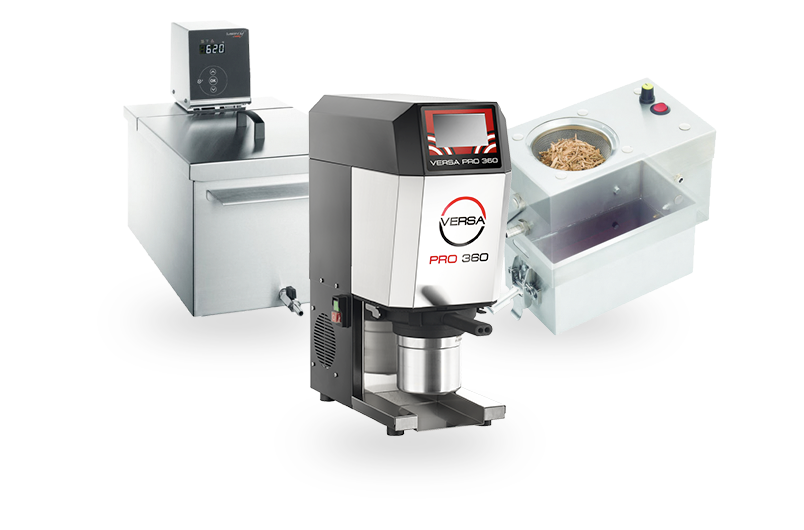 Precise temperature control prevents over-cooking, under-cooking, and food waste. Our products allow you to automate your cooking, preparation, and execution through advances in heating and cooling technologies. fusionchef is a division of JULABO USA, the experts in laboratory and industrial temperature control. Our culinary tools make it easy for you to deliver high-quality food, beverages, and frozen desserts without fail. Even the most discerning diners will be impressed.